(Updated at 2:50 p.m.) What is now a muddy, run-down dog park in Clarendon will soon be transformed into an attractive, modern park serving both people and pets.

Today, the park features a picnic bench and a couple of old plastic lawn chairs amid an open grass-and-dirt field.

Construction on the park is expected to begin in late fall/early winter and wrap up during the summer of 2012, according to project manager Scott McPartlin. That’s a couple of months behind a preliminary schedule announced last fall.

The project’s $1.85 million cost will be paid primarily with funds from a park bond approved by voters last year. 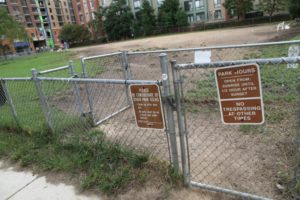 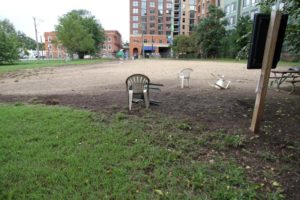