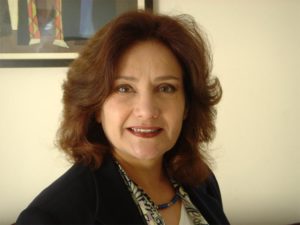 (Updated at 1:40 p.m.) A number of groups, including the Council on American-Islamic Relations, the Arab Law Students Association and the American Constitution Society, will be participating in an “anti-hate” protest at the George Mason University School of Law in Virginia Square tonight.

The groups will be protesting a speaking engagement at the school by Nonie Darwish, an Egyptian-American author and speaker who has brought her anti-Islam, pro-Israel message to numerous college campuses in the U.S. and abroad. Critics call Darwish a “radical anti-Muslim Islamophobe” and point to a recent video of her speaking at a protest in Florida as evidence.

“Islam is a poison to a society. It’s divisive. It’s hateful… It’s full of anti-Semitism,” Darwish said in the video. “Because Islam should be feared, and should be fought, and should be conquered, and defeated, and annihilated, and it’s going to happen… Islam is based on lies and it’s not based on the truth. I have no doubt whatsoever that Islam is going to be destroyed.”

Darwish, who is particularly critical of Islam’s treatment of women and minorities, was invited to speak at the school by the GMU student chapter of the Federalist Society and the Jewish Law Students Association. The controversy over her invitation has attracted attention from the popular Above the Law blog and a blog called “LoonWatch.”

GMU law dean Daniel Polsby was even compelled to weigh in on the controversy. In an email, Polsby told students that “the law school will not exercise editorial control over the words of speakers invited by student organizations, nor will we take responsibility for them, nor will we endorse or condemn them.”