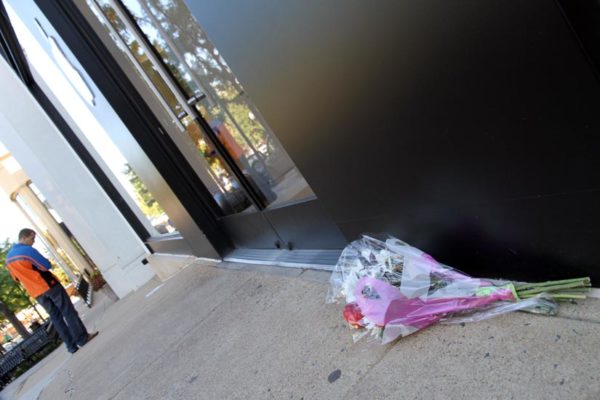 A memorial to the late Apple founder Steve Jobs has formed outside the Clarendon Apple Store.

Store employees and Apple fans have been leaving heartfelt notes of condolence for Jobs, who passed away yesterday after a battle with cancer. He was 56.

Hailed as a visionary for the way he helped to revolutionize personal computers, smartphones and digital media, Jobs is being mourned at Apple Stores around the country. In Clarendon, flowers, digital printouts, a dozen hand-written Post-it-Notes and a lone apple adorn the entrance to the store.

“I cried last night,” admitted one Apple fan, as reflected upon what Jobs and his company has meant to him over the years.