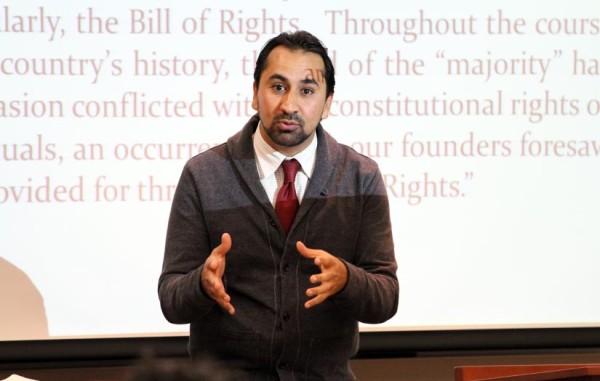 GMU “Protest” Quiet, Peaceful — A protest last night against Nonie Darwish, an outspoken critic of Islam who was speaking at George Mason University’s law school, proved to be a peaceful, academic exercise. Students gathered in a classroom to hear Muslim speakers talk about the experience of practicing their faith in the United States at a time when many are suspicious about Islam. “They don’t want to see an America that’s diverse and pluralistic,” said one protest speaker. Darwish’s well-attended speech, meanwhile, focused on what she saw as the injustices of Islam, Sharia law and Jihad.

Post Looks at Favola/Merrick Race — Does Republican Caren Merrick have a chance to win in the redrawn, Democratic-leaning 31st state Senate District? The Post takes a look at the race between Merrick and Democratic Arlington County Board member Barbara Favola. [Washington Post]

Moran Gets New Website — Rep. Jim Moran has a brand new website. “The new Moran website improves accessibility to information that can help residents navigate and expedite the federal bureaucracy,” the congressman’s office said. “[The site] offers a straightforward format for residents to provide feedback on issues, learn of Moran’s policy positions and legislation, and find information on constituent services.” [Congressman Jim Moran]