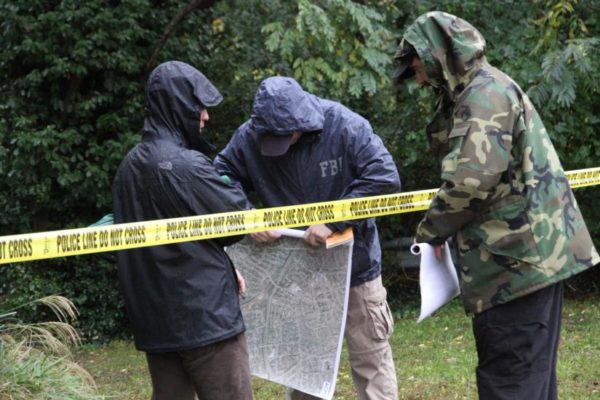 Update on 10/13 — This developing story has been updated.

(Updated at 5:45 p.m.) The FBI is now investigating weapons found buried near I-66 and the Patrick Henry Drive overpass.

FBI agents, a representative from the FBI Joint Terrorism Task Force and Arlington County police are still on the scene, more than 8 hours after a VDOT construction contractor found the gun and called the authorities.

A gun, two “weapon parts” and PVC pipes were recovered from the ground, near a utility box, according to FBI Washington Field Office spokeswoman Lindsay Godwin said.

The FBI will likely keep the scene cordoned off tonight and continue searching the site tomorrow, Godwin said. Agents have been seen examining maps and walking through the cordoned off area.