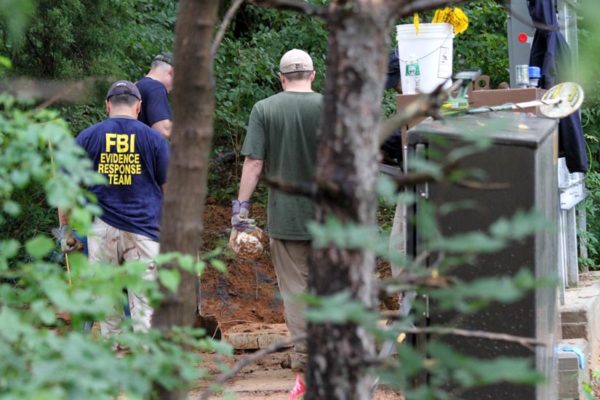 FBI agents are using metal detectors, shovels and buckets to try to locate new evidence at the site where gun parts and PVC pipes were found buried in the ground yesterday morning.

An FBI Evidence Response Team truck, an all-terrain vehicle and a tent now line Patrick Henry Drive near the I-66 overpass. Yesterday, VDOT construction contractors found gun parts buried in the ground near a utility box, prompting an investigation by the Arlington County bomb squad and police department. The FBI has since taken over the investigation. 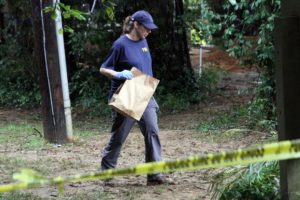 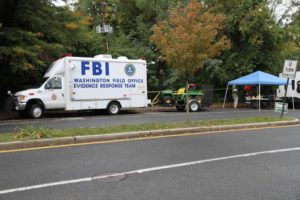