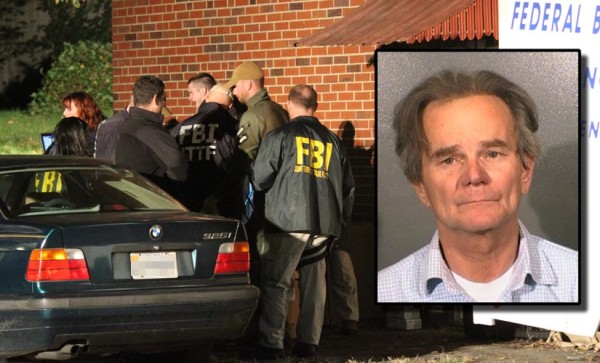 (Updated at 3:50 p.m.) An Arlington resident has been arrested in connection with last night’s FBI raid in Cherrydale and last week’s discovery of buried weapons near I-66.

Rodney M. Gunsauley, 61, is charged with Possession of a Firearm by a Convicted Felon. He’s currently being held without bond at the Arlington County jail, police say. Gunsauley was previously convicted of a fraud-related charge in 2001, according to public records.

The Arlington County Police Department, along with the FBI, Washington Field Office, is investigating an incident where several weapons were found hidden near Patrick Henry Drive and I-66 on October 12, 2011.

A search warrant was executed on a residence in the 4000 block of N. 17th Street last night as part of the investigation. Rodney Gunsauley, 61, of Arlington, was charged with Possession of a Firearm by a Convicted Felon. He is being held without bond in the Arlington County Detention Facility.