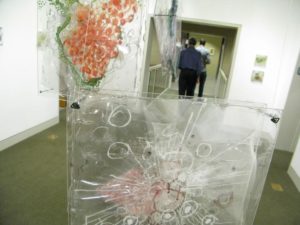 The Arlington Commission for the Arts has released the final version of its report for a long-term plan, called “Arlington Arts 2030.” The report outlines recommendations for supporting the arts in Arlington over the next 20 years, replacing the previous plan that was in place since the 1990s.

The year-long process of devising the report has involved several revisions based on comments gathered at public meetings and through emails. Committee members had noted during the public meetings that although it’s difficult to predict exactly what the county’s needs will be in 20 years, Arlington has experienced a steady push toward urbanization. The report assumes such a push will continue, and therefore arts programs should expand accordingly.

The report suggests that although desire for arts has increased in the community, avenues for acquiring funding have decreased. As a result, among the more than two dozen recommended actions listed is the idea of restructuring grant programs. Other suggestions include raising funds for an arts facility renovation, revising policies for renting facilites and marketing the arts to promote audience growth.

One overall goal of the revamped plan is to offer more low-cost, easily accessible and varied forms of performing and visual arts throughout the county. Another is to improve diversity among the arts community.

Artisphere received a specific mention in the report due to the challenges it faced at the start. However, it was noted that challenges will always present themselves, making government and community support of the arts vital. Despite the initial difficulties, the report deemed the opening of Artisphere a successful first step in implementing the county’s arts vision.

You can read the entire report here.