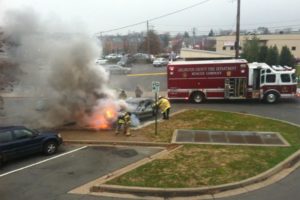 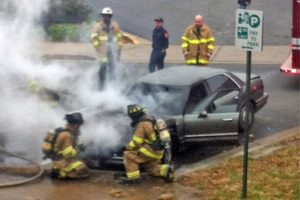 For the second time this fall, a car has burst into flames in the parking lot adjacent to Northside Social in Clarendon.

A gray sedan caught fire in the lot just after 2:00 this afternoon. An Arlington County fire marshal spotted the blaze and was the first to call for a fire engine. The flames were extinguished by 2:15, according to witness accounts.

No injuries were reported as a result of the blaze.