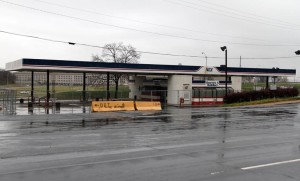 It’s still in the early planning and funding stages, but a proposed realignment of Columbia Pike and expansion of Arlington National Cemetery has produced its first tangible change.

The Navy Exchange/Quarters K gas station on S. Joyce Street, near the Pentagon, closed for good about a month ago. The Navy Times reports that the station will eventually be demolished as part of the cemetery expansion plan.

The expansion is being made possible by a 2008 land swap deal between Arlington County and the federal government. At some point after 2011, the county will exchange a 4.3 acre parcel of land along Southgate Road — which runs from Henderson Hall to the intersection of Columbia Pike and S. Joyce Street — for 4.3 acres of land on the present Navy Annex site along Columbia Pike.

The county is eying the western portion of the Navy Annex, which will be shuttered and torn down, for a proposed Freedman’s Village heritage center and black history museum. The federal government, meanwhile, plans to eliminate Southgate Road to make way for the aforementioned planned expansion of Arlington National Cemetery.

Another aspect of the expansion plan is playing out in the halls of congress. Arlington’s congressional delegation has been seeking funding for a realignment of Columbia Pike between the Air Force Memorial and S. Joyce Street. The proposed project would eliminate a sharp bend in the road that routes it closer to the cemetery. Instead, the proposed realignment would take the Pike on a more direct path to Joyce Street, through what is now a Defense Department parking lot.

The project promises to “provide additional contiguous expansion space for the Cemetery” while enhancing the streetscape and resulting in “significant improvements in safety, mobility and economic development along the Columbia Pike Corridor.”

Congressman Jim Moran’s office confirmed that the Pike realignment was still in the planning stage but was unable to provide an approximate timeline for the project due to uncertainties regarding funding. 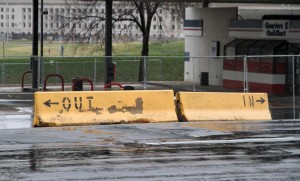 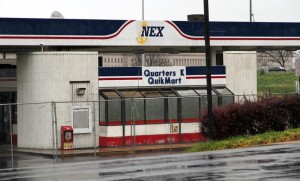