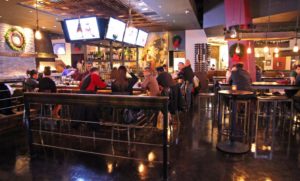 An ambitious new restaurant and watering hole on Columbia Pike is now open for business.

Despite the high expectation of many Pike residents, Whitney warned that the restaurant is still in “soft opening” mode. With the kitchen still getting up to speed, early patrons should expect slower-than-usual service, he said.