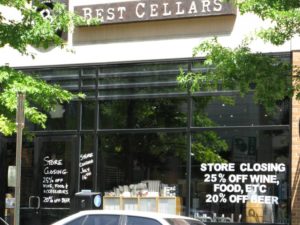 The former Best Cellars wine store in Clarendon is being replaced by Bluemercury, a luxury cosmetics retailer and spa.

The store/spa is “coming soon” to 2855 Clarendon Boulevard, according to the company’s web site. The storefront was previously occupied by Best Cellars, which closed in July after seven years in business.

Bluemercury is noted for its limited but high quality product lineup and its state-of-the-art spa treatments. The company is based in the District.