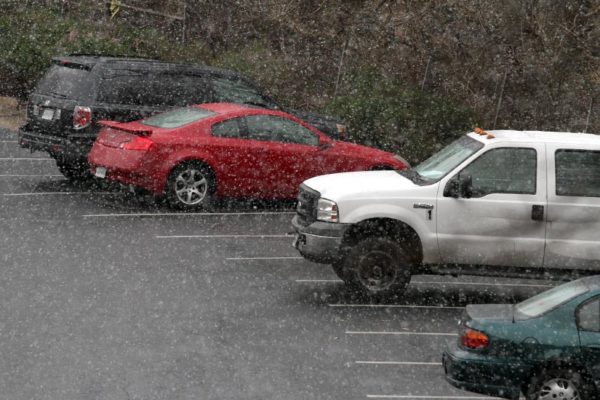 (Updated at 1:45 p.m.) Normally, a few non-accumulating snow flurries in mid-January wouldn’t be the least bit notable. But given the anemic winter we’ve had thus far, we thought the bout of snow activity spotted around Arlington this afternoon was worth a mention.

Forecasters say the flakes could last a couple more hours, and could create a light coating on grassy areas, especially for points south of Arlington.

Don’t expect a triumphant return of winter weather just yet, however. High temperatures are expect to head back up to the mid-50’s by mid-week.