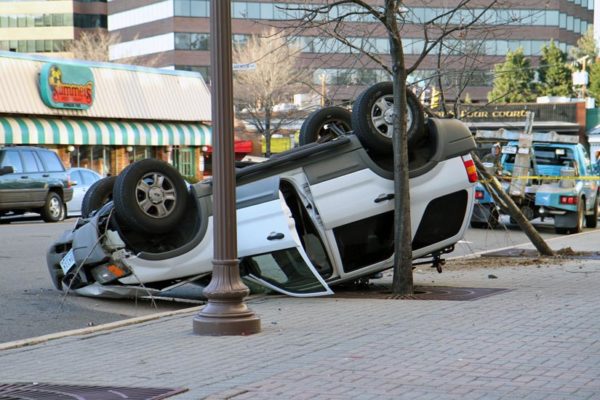 An SUV lost control and flipped over on a busy Courthouse street this afternoon.

Initial reports suggest the Ford Escape SUV experienced a mechanical problem that caused the throttle to become stuck as it turned onto Courthouse Road. According to witnesses, the vehicle hit a curb, flipped over, hit two sidewalk trees, hit the front of a BMW, and came to rest near Bayou Bakery, one block from Arlington County Police headquarters.

Amazingly, no one was hurt.

Courthouse Road was closed between Clarendon Boulevard and 15th Street N. for at least an hour while police investigated the accident and took photos of the scene. A towing crew was eventually able to flip the SUV back over and haul it away. 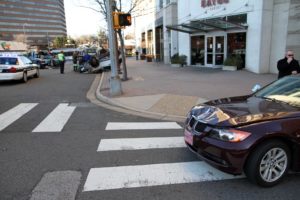 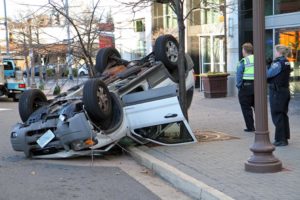