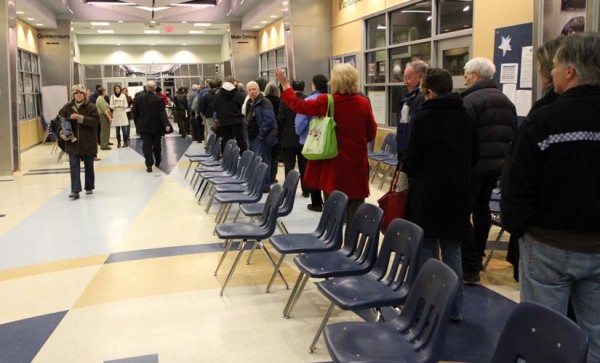 Dems Hold County Board Caucus — A sizable crowd showed up at last night’s Democratic caucus at Washington-Lee High School. The Democratic blog Blue Virginia notes with some surprise that those who stood in line to vote for a County Board nominee appeared to be “overwhelmingly white and… older” — in contrast to the youth and diversity more often associated with the Democratic party. Those who didn’t vote last night will have a chance to do so on Saturday. [Blue Virginia]

Garvey Leads Fundraising Race — Democratic County Board candidate Libby Garvey is leading the fundraising race with $33,940 collected through Dec. 31, including a $5,000 personal loan and a $5,000 donation from Patsy Ticer’s Senate campaign fund. Melissa Bondi was next with $30,941 in receipts, followed by Kim Klingler, Terron Sims, Peter Fallon and Audrey Clement. [Washington Post]