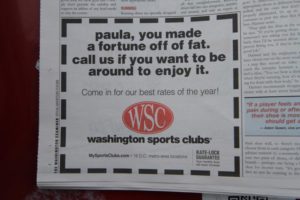 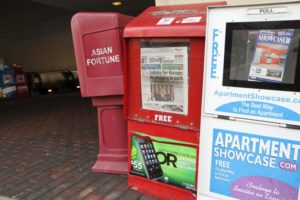 Celebrity chef Paula Deen recently attracted some controversy when she revealed last week that she was diagnosed with Type 2 diabetes three years ago. But a health club ad apparently poking fun at Deen in a local newspaper is attracting some controversy of its own.

“Paula, you made a fortune off of fat,” the ad says. “Call us if you want to be around to enjoy it.

One local resident emailed us to say the ad was offensive.

“This is so completely horrible,” said the tipster. “I was shocked to read it.”

Other locals we talked to in Clarendon today agreed the ad was offensive — or at least could be interpreted as offensive — but thought it would be effective in terms of attracting attention to the company.