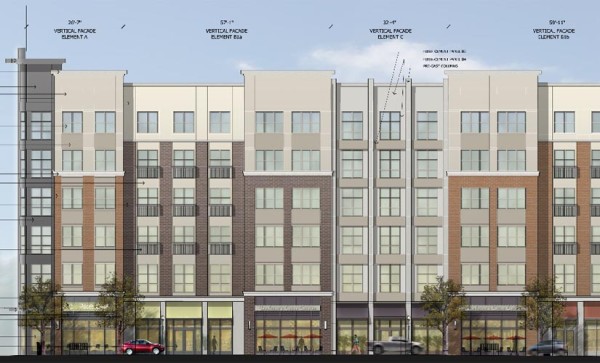 New renderings of the development planned for the Rosenthal Jeep/Chrysler dealership site on Columbia Pike have been released on the Arlington County web site.

The renderings show the front of the development’s “north block” apartment complex — a six-story, 259-unit building along Columbia Pike with 15,000 square feet of retail space — and views of the “south block” development, which consists of 44 townhouses. The two blocks are separated by a new, to-be-constructed street, which would be dubbed 11th Street South. 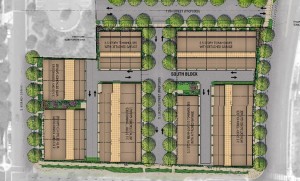 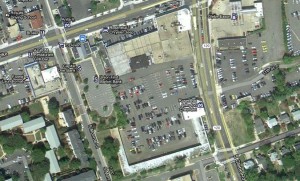