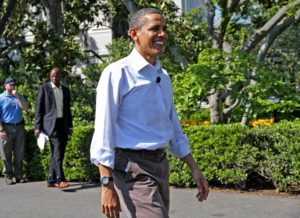 Obama and representatives from the International Association of Fire Fighters union will announce the initiative at the closed event, which is expected to begin around 11:00 a.m.

Fire Station 5 is located at 1750 S. Hayes Street in Aurora Highlands, just blocks from Pentagon City mall. Police say drivers should expect road closures and other impacts in the area.

“The event is expected to create moderate traffic disruptions in the Crystal City area from approximately 10:00 a.m. to noon,” said Arlington County Police spokesman Dustin Sternbeck. “Emergency parking restrictions will be in effect along South Hayes Street to facilitate the presidential visit.”