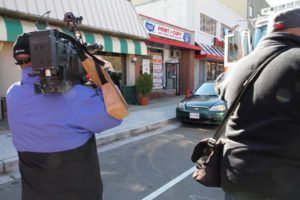 (Updated at 1:55 p.m.) The Arlington County Fire Department on the scene of a carbon monoxide incident in the Courthouse area.

Firefighters initially responded to the U.S. Print and Copy store at 2044 Wilson Boulevard for a report of a person feeling light-headed and dizzy. Personnel started treating the victim and then detected high levels of carbon monoxide, prompting a larger fire department response.

A total of three patients have been evaluated by paramedics, according to ACFD spokesman Capt. Gregg Karl. It’s unclear whether any of the patients will require transport to the hospital.

Firefighters are investigating the possibility that the carbon monoxide is coming from a malfunctioning furnace in the basement of the store. Personnel also checked other businesses along the same retail strip and found elevated carbon monoxide levels in next-door Summers Restaurant, Karl said.

As of 1:45 p.m., Washington Gas crews was on the scene, the stores were being ventilated, and firefighters and police officers (who were helping with traffic control) were beginning to clear. 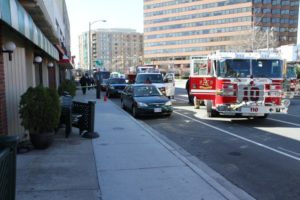 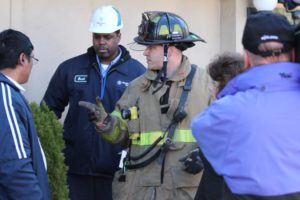