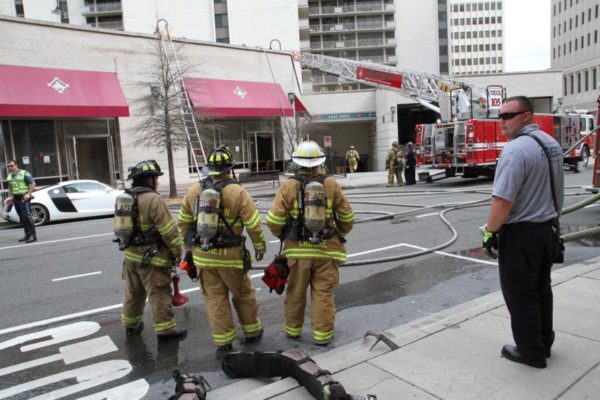 A fire that broke out in the kitchen of the Matsutake Hibachi Steak and Sushi restaurant (320 23rd Street S.) spread to the duct work, making firefighting efforts more difficult than usual. Half an hour after the initial fire dispatch, no flames could be seen from inside the restaurant but light smoke was still billowing out of the doors and vents.

A crowd of onlookers gathered to watch the fire response. S. Clark Street has been shut down at 23rd Street due to emergency equipment in the roadway. Meanwhile, smoky conditions have been reported in the nearby Buchanan apartment building as a result of the fire.

As of 3:35 p.m., firefighters were starting to pack up their gear and most of the smoke had dissipated.