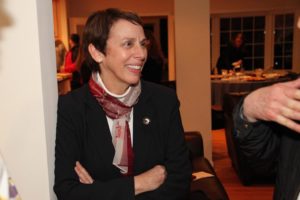 (Updated at 11:50 p.m.) School Board member Libby Garvey has been elected to the Arlington County Board after a special election that saw historically low voter turnout.

Garvey, a Democrat, received 49.2 percent of the vote to 43.5 percent for Republican Mark Kelly and 7.1 percent for Green Party Candidate Audrey Clement. Only 14,252 votes were recorded — a 11.5 percent turnout — in contrast to between 18,000 and 22,000 votes recorded in the previous five County Board special elections.

Though Garvey emerged the winner, the race was relatively close when compared to the usually lopsided general election results in favor of Democrats in Arlington.

In Barcroft, a precinct in which the Columbia Pike streetcar is a hot-button issue, Kelly received 184 votes to 182 for Garvey and 22 for Clement. That compares to the 2010 general election, when Democrat Chris Zimmerman was elected with 58.3 percent of the vote in the precinct to 34.3 percent for Kelly. 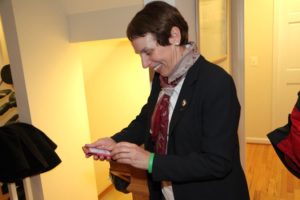 At her victory party, Garvey said she and her volunteers ran “a good campaign,” but acknowledged that the results were a bit close for comfort.

“It was a nail biter,” she sighed. “I said that these [special elections] are the ones we lose. The lower the turnout, the more likely we are to not win. There was not the turnout that we had hoped for today.”

Garvey is scheduled to be sworn in as a Board member at 5:00 p.m. tomorrow (Wednesday). In a statement, Garvey said she was “ready to get to work.”

“I’d like to thank the voters of Arlington,” she said. “It’s been an honor and privilege to serve you on the School Board, and I look forward to serving you on the County Board as well.”

In his own statement, Kelly conceded defeat, but pointed out that Garvey received less than half the vote. 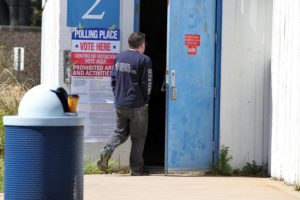 “While I am disappointed in the final result, I am proud of the substantive, issues-based campaign we waged against a 15-year incumbent of the School Board and the Democrat machine in Arlington,” Kelly said. “Despite electing her four times before, a majority of voters in the most Democratic county in Northern Virginia agreed with me that it was time to change course in Arlington.”

“It is clear that at the end of the day, Arlingtonians wanted real fiscal discipline and accountability from the Board,” Kelly continued. “They oppose the Columbia Pike trolley. They think we are paying far too much for things we simply do not need. They want community input to be considered, not ignored.”

Kelly concluded by saying that he hopes Garvey will bring a fresh perspective to the Board.

“Throughout the campaign, she promised to be an independent voice from the current Board, and all Arlingtonians should hold her accountable to that promise,” he said.