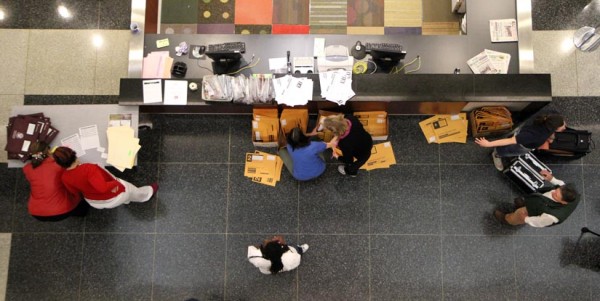 GOP May Skip November Board Race — With a presidential election likely to bring Democrats out to the polls in droves, Republicans are saying, privately, that it’s likely they will not be running a candidate for County Board in November. Republican Mark Kelly received 43.5 percent of the vote to Democrat Libby Garvey’s 49.2 percent in yesterday’s historically low turnout special election. [Sun Gazette]

D.C. Premiere of H-B Grad’s Film Planned — Fresh off a big win at the Sundance Film Festival, “Fishing Without Nets” will be holding its Washington, D.C. premiere next month. The short film, created by H-B Woodlawn grad Cutter Hodierne, will be premiering at a “surprise location” on Saturday, April 21. Tickets are $15. [Eventbrite]

Sun Gazette Sold to Texas Company — The weekly Sun Gazette newspaper has been sold to HPR Hemlock LLC, a newspaper investment firm out of Fort Worth, Texas. A company executive says the Sun Gazette and its sister publication, Leesburg Today, will retain autonomy at the local level. The Sun Gazette had previously been owned by another Texas company, American Community Newspapers LLC, which declared bankruptcy in 2009. [Sun Gazette]