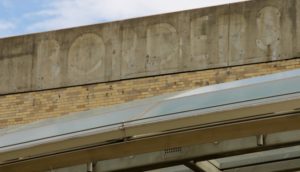 The empty store space in Pentagon Centre that used to house a Borders book store should be getting a new tenant soon.

ARLnow.com received a tip that a CVS will be moving in. A building permit issued on January 27 confirms that the pharmacy will be the new tenant.

Borders moved out last year after the chain filed for bankruptcy and closed all of its stores across the country. Its former space in Pentagon Centre has sat vacant for months.

Although there were lights on inside today, the store remains empty and no construction appears to be underway. There’s no word on when the CVS is expected to open.