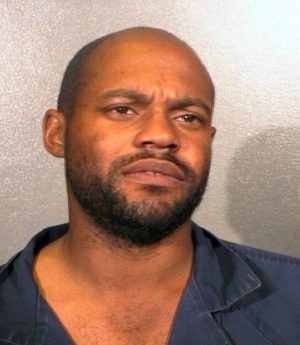 (Updated at 4:10 p.m.) A man was arrested and accused of sexually assaulting a woman near Ballston last night.

The alleged incident happened around 9:00 p.m., in front of a church on the 600 block of N. Vermont Street, in the Bluemont neighborhood near Ballston. Police say a woman noticed a man following her while she was out walking her dog. She tried to alter her route and at one point shouted “stop following me,” but the man then grabbed her from behind, fondled her, and tried to pull down her pants, according to Arlington County Police spokesman Dustin Sternbeck.

During the attack the woman managed to knee or kick the suspect in the stomach, knocking him to the ground. She ran away and sought help, while the suspect was seen by a witness fleeing in the direction of Ballston Common Mall, according to Sternbeck.

After calling in a K-9 unit and establishing a perimeter, police found a man matching the suspect’s description trying to change his clothes in an alley outside Ballston Common Mall. The man was arrested and was positively identified by the victim, according to Sternbeck. Police also determined that the suspect had stolen the clothes he was trying to change into.