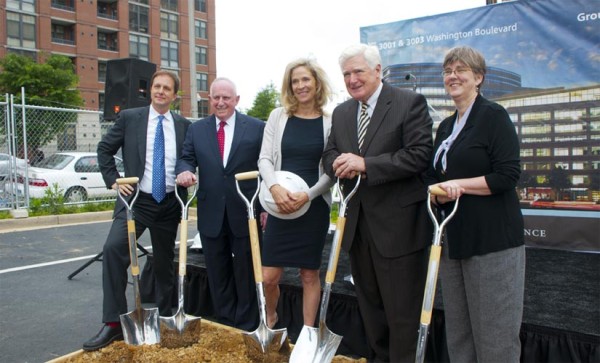 A groundbreaking was held this morning for the new 3001 and 3003 Washington Boulevard office project in Clarendon.

Local officials, including Rep. Jim Moran and County Board Chair Mary Hynes, were joined by officials from Penzance, the project’s developer, at the ceremony.

Demolition work on the one block construction site actually got underway while the ceremony was taking place, we’re told. Taking the place of the small buildings that once occupied the block — including those housing a restaurant, a car dealership, a gym and a bank — will be two office buildings. Construction on the 8- and 10-story buildings is expected to wrap up in early 2014, according to Penzance.