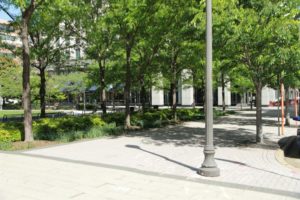 The opening of the revamped Ballston Farmers Market is not taking place today, as originally scheduled.

Starting this year, the farmers market is being managed by FRESHFARM Markets, which also runs the Crystal City Farmers Market and numerous other markets in D.C. and Maryland. The market will from 3:00 to 7:00 p.m. on Thursdays through October 25, at Welburn Square (between N. Taylor and Stuart Streets).

Marlow said the market may hold a “soft opening” on Thursday, June 21, but cautioned that it’s not 100 percent certain that the soft opening will actually take place.