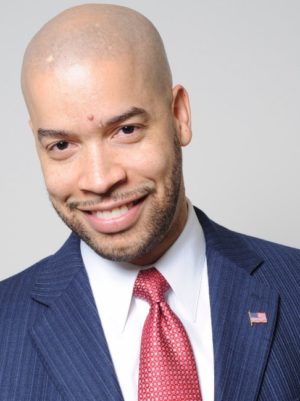 A congressional candidate who recently joined the race is trying to get some recognition in an unconventional way. Jason Howell will be wearing a name tag from now until the election on November 6.

Howell, who actually got the ball rolling on his campaign last year, was informed on Monday, June 18, that he had officially made the ballot. He’s up against incumbent Rep. Jim Moran (D), Patrick Murray (R) and Independent Green candidate Janet Murphy in the 8th District congressional race. He’ll be running as an independent.

Howell believes part of the problem with campaigning, particularly as an independent, is the lack of name recognition. To remedy that problem, he’ll wear a name tag every time he’s in public until the election. Howell hopes he’ll get enough exposure so people will recognize his name by the time they get to the polls. He said there’s only one exception to the name tag rule: “When I’m wearing a campaign t-shirt in the gym.”

A major sticking point for Howell is the partisan nature of politics today.

“People don’t vote for the people they know, they vote for the ‘D’ or the ‘R.’ They vote for the branding,” said Howell. “Unfortunately the politicians have figured that out. They don’t have to be the best candidate, they just have to have the ‘R’ or the ‘D.'”

Howell believes being an independent in Congress would give him the ability to make changes that current members struggle with.

“The ability to go in there and create relationships without parties’ strings is what I bring to the table,” said Howell. “The biggest problem we have is our politics. It’s not that we don’t have enough money to take care of problems or we don’t have enough ideas, but the partisanship has locked them out of solutions.”

Howell views America’s current economic situation as something that needs fixing right away. Howell, who started out with a career in accounting and is now a writer and speaker, says the financial crisis prompted him to run for Congress. He doesn’t think current lawmakers are handling the situation well, and believes it’s time for Congress to sport fresh faces from a younger generation.

“Someone from my generation needed to get involved,” he said. “I decided to step up and be a part of the solution.”