The Glencarlyn Citizens’ Association is asking the Arlington County Board for help in its fight against a new proposed school in the neighborhood.

The Citizens’ Association says the new school, slated to be built by 2017, would bring the total number of students attending schools in the Glencarlyn neighborhood to 2,600, including at Kenmore, Carlin Springs and nearby Campbell Elementary School. That, the association says, presents major traffic, parking and open space issues that will degrade the quality of life for residents.

The association is asking for the County Board’s help after not getting a satisfactory response from the School Board. 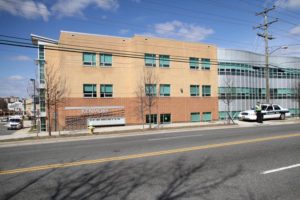 “We have tried to raise our concerns with the School Board, but our community was not consulted during the planning process, despite our requests that it do so, nor has it been responsive to our questions and concerns,” Glencarlyn Citizens’ Association President Peter Olivere wrote in a letter to the County Board (after the jump). “We need your help.”

Olivere told reporters that Glencarlyn residents do not want to be portrayed as having a “Not-In-My-Backyard” attitude.

“Please, we very much do not want to be categorized as NIMBY; we only want a process which fully addresses the community concerns before a final decision is made, which is the ‘Arlington Way,'” he wrote.

As previously reported, Arlington Public Schools is facing a significant capacity crunch. The school system is expected to reach capacity at the elementary school level by next fall. The new choice school in Glencarlyn is one of five proposed new capacity-generating construction projects throughout the county.

The full letter from the Glencarlyn Citizens’ Association, after the jump.

Members of the Board:

The Glencarlyn Citizens’ Association is requesting the assistance of the County Board in addressing significant neighborhood concerns related to the proposed construction of a new choice school in our community. Although the members of the Glencarlyn community generally support the School Board’s efforts to address the capacity needs of the school system, there is strong, broad-based opposition to adding a fourth school within a small geographical area. We have tried to raise our concerns with the School Board, but our community was not consulted during the planning process, despite our requests that it do so, nor has it been responsive to our questions and concerns. We need your help.

As you are aware, the Glencarlyn community is already the site of three Arlington schools: Kenmore Middle School; Carlin Springs Elementary School; and Campbell Elementary School. The School Board’s proposed Capital Improvement Plan (CIP) includes a total of $46.4 million for the construction of a new choice elementary school at the Kenmore/Carlin Springs location, $4.5 million to come from the November 2012 bond referendum and $41.9 million from 2014 bonds. The addition of that new school will bring the number of students to over 2150 on that site. When Campbell, just one third mile away, is included the total will be 2600, which is 750 more than the high schools. Because three of the schools will be choice schools, they will create a substantially higher level of traffic, particularly during the morning rush hour, than would neighborhood schools.

The four schools are all primarily served by a short segment of Carlin Springs Road, which already operates at well over capacity. In fact, traffic conditions are currently so bad they frequently back up from Arlington Boulevard to Columbia Pike and occasionally disrupt morning programs at the schools with late arrivals. Operating a fourth school in that same small area will compound existing traffic conditions and create new safety issues for many students who walk to school along a busy road on narrow sidewalks next to the roadway.

Parking will be an immense challenge both during and after the schools’ regular operating hours. Demand for parking spaces for recreational use of the athletic fields and afterschool programs, including the Kenmore theaters, often results in use of adjacent residential streets. With the loss of overflow parking on the Kenmore site and more afterschool events to accommodate, there may be a doubling of the demand for parking on neighborhood streets. As one of the oldest communities in Arlington, most Glencarlyn streets are very narrow and many don’t have sidewalks, since they predate county ordinances governing street width and emergency vehicle access. Imposing 2 additional parking demands on neighborhood streets creates new safety concerns and degrades qualify of life for local residents.

We have both met and exchanged several letters with the School Board and Superintendent, urging the School Board to defer the final decision on the site until the school staff has worked with the neighborhood to determine that satisfactory solutions exist to effectively mitigate these critical issues regarding increased traffic on already overcrowded streets, overflowing parking into neighborhood streets, pedestrian safety, and related issues. We asked the School Board to agree to reject this location if the community concerns are not able to be met, whether or not an alternative location for a school has been identified. The School Board’s responses have essentially ignored our request for the delay and note that the community concerns will be considered during the Building Level Planning Committee (BLPC) process. However, the BLPC Process does not begin until after the school is funded and substantial design funds have been expended, thus providing no assurance that our critical neighborhood issues will ever be addressed.

Request to the County Board

The School Board committed at the beginning of the Capacity Planning process to include Neighborhood Resources as a criterion in the site selection process. The Schools also acknowledge that neighborhoods were not consulted in determining the impact during that selection process. Clearly the focus of the School Board is students and not the community, and that is evident from its handling of the input into the process and their responses to our letters.

We understand that the County Board will review the School Capital Improvement Plan and can adjust the total funding included in the November bond issue, but the County Board cannot address the specifics of projects included. However, the County Board does oversee the approval of the construction of new facilities and in that role will be focusing on the broader community concerns which the School Board chose not consider.

Consequently, we request that the County Board, as part of the discussions on the proposed School bond amount, specifically state that the locations identified by the School Board in its CIP are contingent on reaching satisfactory solutions to mitigate issues of critical concern to the community and that the County Board will reject locations if those critical community concerns are not effectively mitigated, whether or not an alternative location for a school has been identified.

We thank you for your support in this matter of considerable concern to Glencarlyn and other members of the community who either travel on Carlin Springs Road or use the area for recreation.

We have attached a copy of the resolution passed at a Glencarlyn Citizens’ Association meeting and issues that we identified in our initial letter to the School Board on April 5, 2012.