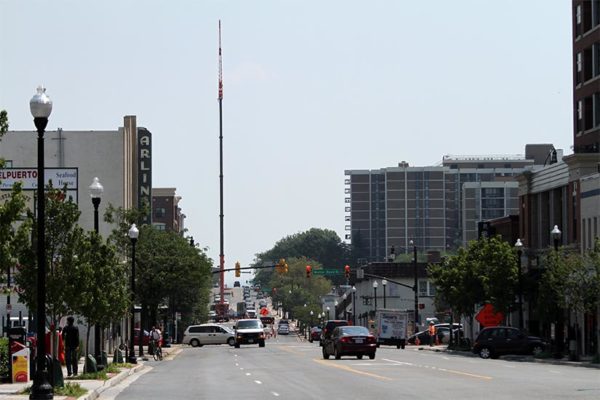 New Mexican Restaurant Coming to Clarendon — Less than a month after the closure of Market Tavern in Clarendon, we now know what will take its place. Fuego Cocina and Tequileria is expected to open in the space, at 2950 Clarendon Blvd, later this fall. The casual Mexican restaurant, which will apparently not serve burritos, will be run by the Passion Food Restaurant Group, which also runs Acadiana, Ceiba and District Commons in D.C. [Northern Virginia Magazine]

AWLA to Hold Yard Sale— The Animal Welfare League of Arlington will be holding a “Mutts and Mittens” yard sale this weekend. “The yard sale will include items donated by the public including: art, jewelry, gently used clothing, household items, and more,” according to an AWLA press release. “Funds raised at the yard sale will help care for the birds, hamsters, guinea pigs, rabbits, cats, and dogs that enter the Animal Welfare League of Arlington’s (AWLA) doors every day.” The sale will be held from 11:00 a.m. to 3:00 p.m. on Saturday, June 30 at the front yard of the AWLA offices at 2650 S. Arlington Mill Drive, near Shirlington.