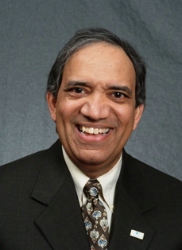 (Updated at 12:25 p.m.) Dinesh Tiwari, who has served as director of the Arlington County Department of Parks and Recreation since Sept. 2005, is retiring from his post in Arlington. His last day on the job will be tomorrow, June 30.

Tiwari came to Arlington from Richmond, where he served as the city’s director of Parks, Recreation and Community Facilities. He has also worked for the governments of Suffolk and Roanoke, Va.

During his tenure in Arlington, Tiwari helped the department become one of only 60 agencies to earn national accreditation from the Commission for Accreditation of Park and Recreation Agencies. He has also overseen significant initiatives at Ethan Allen Park, the Walter Reed Community Center, Greenbrier Park, Artisphere and Long Bridge Park.

In announcing his retirement to county staff, County Manager Barbara Donnellan lauded Tiwari’s “many accomplishments and contributions” to Arlington. She also credited Tiwari with helping to “sustain core County programs and services during the recent economic downturn.”

A search is now underway for Tiwari’s replacement.

“The County has launched a national search for his replacement, whom they hope to hire in the next six months,” according to the Department of Parks and Recreation. “In the interim, Shannon Flanagan-Watson, currently an assistant County Manager, will be the acting director.”

One parks and rec employee told ARLnow.com that Tiwari was a “super great guy.”

“He was the best boss I’ve had,” the employee said. “Surely will be missed.”