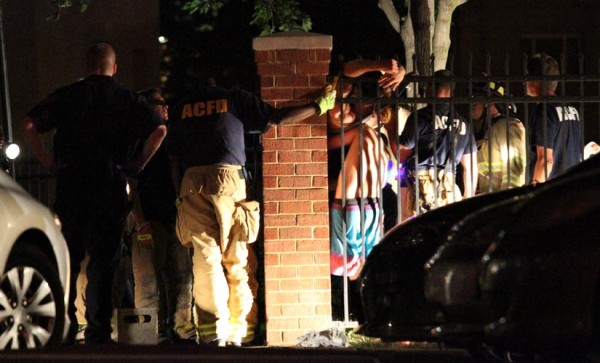 A man had his lower leg impaled on the fence surrounding an apartment complex’s pool late last night (Sunday).

The incident happened between 11:30 p.m. and midnight at the Wellington apartment complex, at the corner of Columbia Pike and S. Scott Street. The 29-year-old Arlington resident was was at the pool after hours and was under the influence of alcohol when he attempted to climb back over the fence, according to Arlington County Police spokesman Dustin Sternbeck. The man slipped, fell, and was impaled on the fence through the left calf area.

Two people — a man and a woman — were with the man at the time and attempted to help him. The male friend of the victim helped to lift him and keep him from dangling upside down.

Police and firefighters arrived on scene with heavy technical rescue gear. Firefighters cut off sections of the fence and eventually were able to lower the victim down to a stretcher, with a piece of fence still attached to his leg. The victim was transported to the trauma center at Inova Fairfax hospital.

Sternbeck said no trespassing charges were filed because police were unable to get in touch with the apartment’s management company. 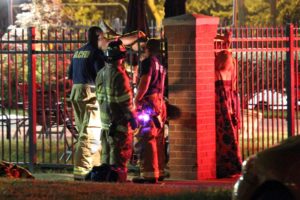 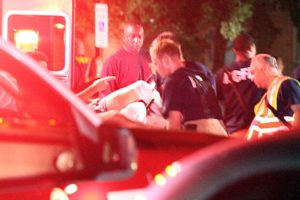