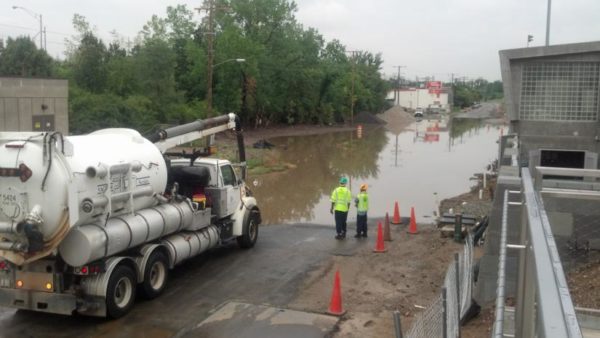 Although Sunday’s storms didn’t cause the widespread damage Arlington experienced from the June 29 “derecho” storm, the effects are still being felt in parts of the county.

Long Bridge Drive between S. 12th Street and I-395 is completely closed due to flooding. The parking lot at Long Bridge Park is also blocked.

A county public works crew is on the scene dealing with the high water.

Drivers are advised to avoid any flooded areas they may encounter. Do not to attempt to maneuver through standing water, because it could be much higher than it initially appears.