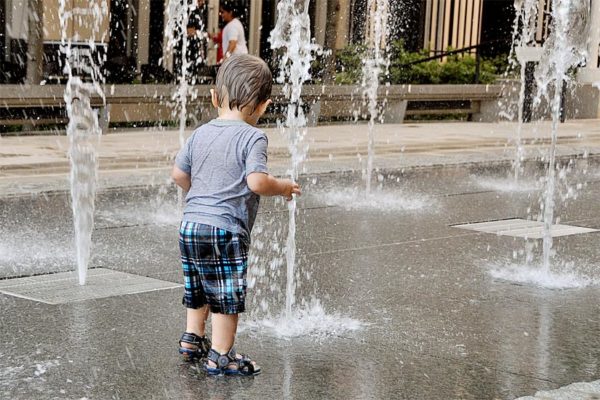 Undocumented W-L Valedictorian “Still Kind of Scared” — This year’s Washington-Lee High School valedictorian, 17-year-old Nataly Montano, is one of the young people impacted by President Obama’s recent policy decision to pull back on the deportation of undocumented immigrants who were brought to the U.S. as children. Montano, a 4.3 GPA student, says she is “still kind of scared sometimes because things could happen to get me deported.” [Sun Gazette]

New Washington Blvd Trail to Impact Trees — A new trail extension planned for Washington Boulevard between Columbia Pike and Route 50 will result in the removal of “about 350 trees.” The plan has, on some level, pitted bicycle advocates against tree huggers, according to a blog post. [Commuter Page Blog]

‘Tapping Party’ Tonight in Shirlington — Capital City Brewing Company in Shirlington Village is hosting a “tapping party” tonight (Tuesday) for one of its newest beers, a Rye IPA. “Medium to full bodied, the Rye IPA (6.5% ABV) is an American style IPA made with the addition of Rye malt that lends a spice to the flavor profile and then dry hopped with American style hops,” according to a press release. The event starts at 7:00 p.m. and will include a question and answer session with the brewmasters, a free appetizer buffet and a trivia contest. [Shirlington Village Blog Spot]