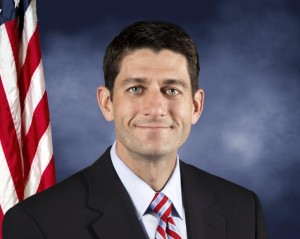 Rep. Paul Ryan (R-Wis.), the vice presidential pick of presumptive Republican presidential nominee Mitt Romney, will be coming to Arlington this week for a private fundraiser.

Ryan will headline a private fundraiser at the Westin hotel in Ballston at 5:30 p.m. on Friday. The fundraiser will benefit the Romney presidential campaign.

The stop is one of three planned Virginia events for Ryan this week. He will also be attending a fundraiser in Richmond on Thursday with Louisiana Governor Bobby Jindal, and will be attending a rally at Deep Run High School in Glen Allen, Va. at 11:00 a.m. on Friday.

Ryan’s wife, Janna, was living in Arlington and working as a tax attorney for PricewaterhouseCoopers when she first met Ryan in 1999.