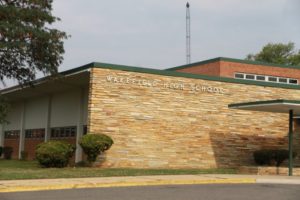 As the start of school lingers right around the corner, improvements have been confirmed for the sports facilities at Wakefield High School. Although some of the renovations won’t be completed in time for the 2012-2013 sports season, others are just weeks away from implementation.

The letter said, “As you visit the stadium this fall for various games and activities, you will notice that it may not look the best! The stadium was impacted by the 2011 earthquake, construction, and now the derecho! We ask that you please excuse the mess as we work with APS in making necessary updates to the stadium.”

The letter continued by outlining renovations underway or soon to come. An excerpt from the letter’s list of upgrades follows:

Some parents had previously expressed discontent over the facilities having fallen into such disrepair, and questioned why improvements didn’t appear to be included in the $118 million plan for a new Wakefield school building. Comparisons have been made to facilities at Yorktown and Washington-Lee High Schools, with some parents claiming Wakefield’s needs are being overlooked.

A disgruntled tipster told ARLnow.com yesterday, “The new Wakefield facility currently under construction does not have any plan for the football field and surrounding structures. County officials cite tight budgets for the lack of a plan, but many in the Wakefield community just feel jerked around; something county officials wouldn’t dare to do with the Yorktown or W&L communities.”

Echoing the discontent, the “Friends of Wakefield HS Stadium” Facebook page launched last month. In its “About” section, the page states, “We are residents of Arlington County, who would like to see the stadium at Wakefield High School upgraded to the same standard as W-L and Yorktown.” Posts have been added sporadically, highlighting issues such as the desire for a new concessions stand and restrooms in the stadium.

For a large part, the most highly requested improvements listed on the Facebook page were addressed in the letter sent to parents this week. That includes a section mentioning the possibility of a new concessions stand and restrooms which reads: “Discussions continue with APS in regards to possible replacement of concession stand and rest rooms inside stadium area.” 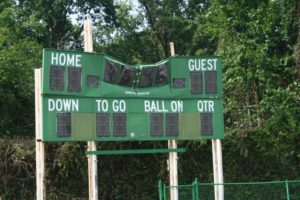 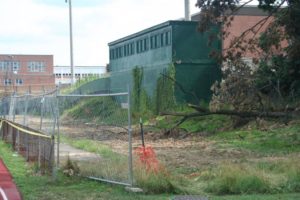