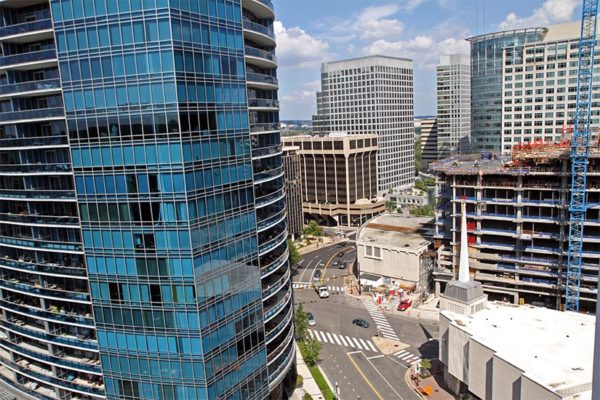 Rosslyn Jazz Fest to Be Held on Saturday — The annual Rosslyn Jazz Festival will be held at Gateway Park (1300 Lee Highway) from 1:00 to 7:00 p.m. on Saturday. The musical lineup includes groups and artists like Afro Blue, Rene Marie, Don Byron and Joshua Redman. Some surrounding roadways will be closed for most of the day. Planned street closures for the event include westbound Lee Highway from Lynn Street to Fort Myer Drive, and one lane each on eastbound Lee Highway and North Lynn Street. [Rosslyn BID]

APS Still Processing Appeals — Arlington Public Schools has received 450 formal appeals from parents of children denied bus service this year. The school system is continuing to respond to those appeals “as rapidly as possible.” At a school board meeting last night, however, APS officials showed no sign of backing down from their controversial new busing policy, despite strong words from a dozen or so parents who spoke. [Sun Gazette, Arlington Mercury]