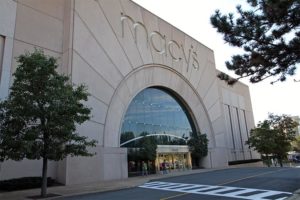 Two alleged shoplifters were detained by security at the Pentagon City Macy’s store yesterday evening, but only one suspect was taken to jail because the other had diplomatic immunity.

Police responded to the store, in the Pentagon City mall, around 5:45 p.m. after getting a call from Macy’s about two female shoplifters who were taken into custody by security officers. The women were accused of collectively trying to steal more than $600 worth of clothing.

When police arrived, both suspects claimed to have diplomatic immunity, according to Arlington County Police spokesman Dustin Sternbeck. After checking with the State Department, it was determined that one suspect, a 35-year-old woman, was indeed a diplomat from Jordan and had diplomatic immunity. She was released on a court summons, accused of trying to steal $205 worth of merchandise.

Sternbeck declined to release the name of the woman. The embassy of Jordan was contacted about the incident, he said.

The second suspect, identified as 48-year-old Entaser Alsmady, did not have diplomatic immunity and was charged with grand larceny, according to Sternbeck. Alsmady is accused of trying to steal $427 worth of merchandise. She is currently being held in the Arlington County jail, Sternbeck said.

Alleged crimes by individuals with diplomatic immunity are not unheard of in Arlington. Sternbeck said he could recall at least one other diplomat accused of a crime in the past year.