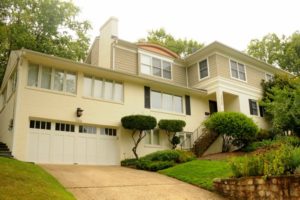 Arlington has been home to a number of notable figures through the years. A new website called Bigwig Digs, which lets you see the D.C. area homes stars and political figures live in or once lived in, has tracked down the residences of four notable Arlingtonians.

According to the site:

Actress Sandra Bullock grew up in a home (pictured) in the affluent Woodmont neighborhood.

The Doors front man Jim Morrison spent his nomadic childhood in at least two Arlington houses, including a house on a cul-de-sac in the Yorktown neighborhood.

Former Vice President Al Gore has owned a Tudor-style home in the Arlington Ridge neighborhood since 1977.