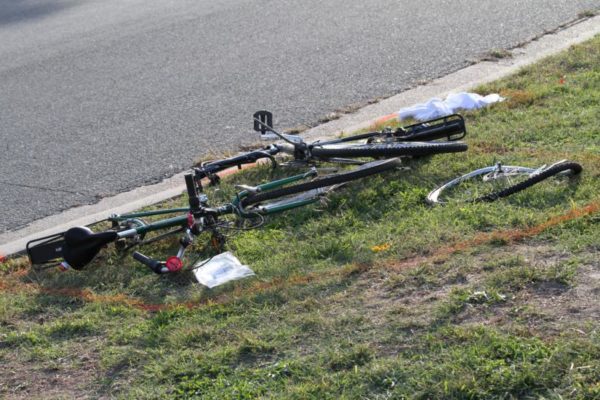 Update at 9:10 a.m. on 10/16/12 — The male victim is recovering from his injuries, while the female victim is still in critical condition in a medically-induced coma, according to Arlington County Police spokesman Dustin Sternbeck. Police are still awaiting the result of a blood test on the driver before pressing charges. According to Sternbeck, witnesses told police that the driver did a “burn out” at the intersection before losing control of the truck.

The driver of a pick-up truck lost control and plowed into two cyclists on Four Mile Run Drive this afternoon, police said.

According to Arlington County Police spokesman Dustin Sternbeck, the driver was heading eastbound on Columbia Pike, made a right-hand turn onto Four Mile Run Drive, lost control of the truck, went over the median and struck the cyclists. The cyclists were biking in the roadway and not on the adjacent trail, Sternbeck said.

The victims, a man and a woman, were both in their 60s, Sternbeck said. The woman suffered “significant head trauma” and a broken pelvis. The man suffered broken ribs and punctured lungs. Both victims were transported to George Washington University Hospital in “serious” condition.

Charges are pending against the driver of the truck, who remained on scene after the accident, Sternbeck said. Four Mile Run Drive was closed between Columbia Pike and George Mason Drive for much of the afternoon while police investigated the accident.