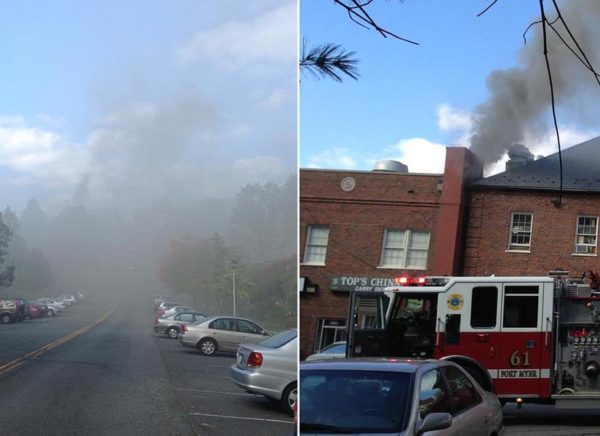 Updated at 3:10 p.m. — Columbia Pike has reopened to traffic, according to scanner reports.

(Updated at 2:45 p.m.) Columbia Pike has been shut down between Walter Reed Drive and S. Courthouse Road as a result of a working fire at a restaurant.

Firefighters arrived on scene at 2520 Columbia Pike around 2:10 p.m., for a fire in the kitchen of the Top’s China takeout restaurant. As of 2:45 p.m., the fire was extinguished and firefighters were checking for remaining hot spots, according to ACFD spokesman Capt. Gregg Karl.

The numerous shops in the strip shopping center in which Top’s is located have been evacuated, Karl said.