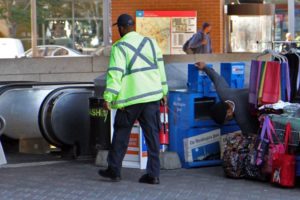 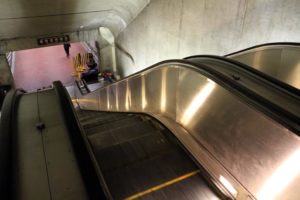 A small fire broke out underneath an escalator at the Ballston Metro station this afternoon as a result of welding work.

“An escalator contractor was welding at the time on the unit, and that a spark from the welding work was the likely cause” of the fire, WMATA spokesman Dan Stessel told ARLnow.com. There were no injuries, smoke has been fully ventilated from the station, and “all protective systems worked as intended,” Stessel said.

Workers managed to extinguish the flames before firefighters arrived, according to ACFD spokesman Capt. Gregg Karl.

The escalator, one of three between the station and an upper bank of escalators, remains out of service.