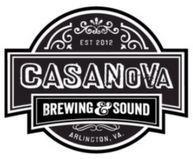 A Navy veteran is attempting to bring brewing back to the area. He wants to launch the first indigenous distribution craft brewery in Arlington since the Arlington Brewing Company stopped producing beer in 1916.

Paul Hurley is working to make CasaNova Brewing & Sound, LLC a reality, along with business partner Mike DiBella, who has worked with other start-ups such as Mad Fox Brewing Company in Falls Church. Initially, the plan is to brew four signature beers — an IPA, a black IPA, a hefeweizen and a chocolate stout.

“Every endeavor we make will be our sincerest effort to represent the NoVa community through quality, innovation and art,” Hurley said. “CasaNoVa will source the freshest ingredients from local farmers and suppliers while supporting local businesses whenever possible.”

The “art” he mentioned refers to the desire to feature performances by local musicians at CasaNoVa. This aspect of the business incorporates the partners’ long time dream of opening a music venue in the area.

“The brewery is going to focus on exotic ingredients and the young professional demographic,” DiBella said. “We want Arlington to be known for great beer, great music, and a unique atmosphere that celebrates Arlington’s diversity and ties together the community.”

Hurley says he was drawn to the idea of brewing after a series of events stemming from the loss of his right leg. Hurley explained that he had spent time overseas while in the Navy. One day when he was driving down a road in Bahrain with a friend, Hurley says they were chased and run off the road, resulting in an accident that flipped the vehicle. Hurley ended up losing both his leg and his friend.

Following more than two years of recovery, Hurley decided it was time to leave the Navy. He struggled to find a place of employment offering the same level of camaraderie he experienced in the Navy. That is, until he visited family in Milwaukee, Wisconsin two years ago, during a gathering at a smaller brewery started by two brothers. The experience prompted Hurley to begin home brewing and researching a business plan for his own craft brewery. 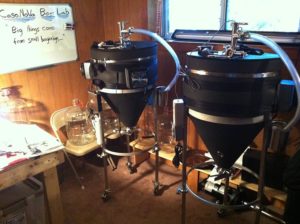 For now, Hurley and DiBella are focused on raising the $160,000 necessary for launching their business. Although perhaps a bit ambitious, their goal is to be operational by the summer of 2013. They hope to soon secure the space they’re investigating for the brewery location near the Ballston mall.

The partners plan to hold their first fundraising event in about a month, where they will offer tastings of two of the flagship beers. Volunteers and investors interested in helping with the brewery are encouraged to follow CasaNoVa’s Facebook page, or to email [email protected] for more information.