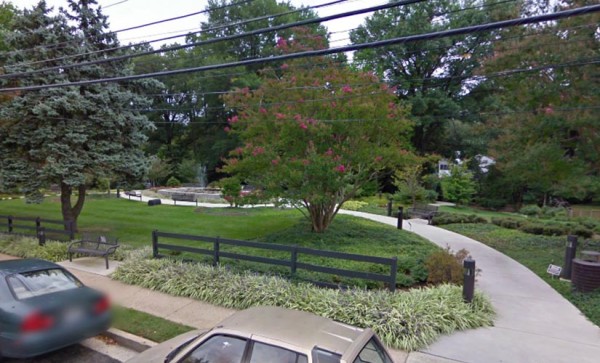 Arlington County Police are investigating the death of a man found on a park bench across from Virginia Hospital Center.

The man was found unresponsive on a bench in the hospital’s “Healing Garden,” at 1625 N. George Mason Drive in the Waycroft-Woodlawn neighborhood, according to scanner traffic. He was pronounced dead on the scene.

Investigators are on the scene, but so far there’s no indication that foul play is suspected.