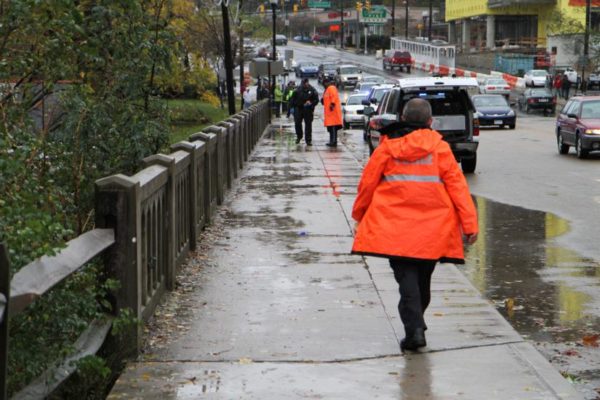 A woman died this morning after jumping from the Columbia Pike bridge over Four Mile Run.

Several witnesses saw the woman jump, around 10:30 a.m. She landed on a paved section of the Four Mile Run Trail and was pronounced dead on the scene.

Arlington County Police are investigating the incident as a suicide. The woman was in her 30s and was known to have mental health problems, said police spokesman Dustin Sternbeck.