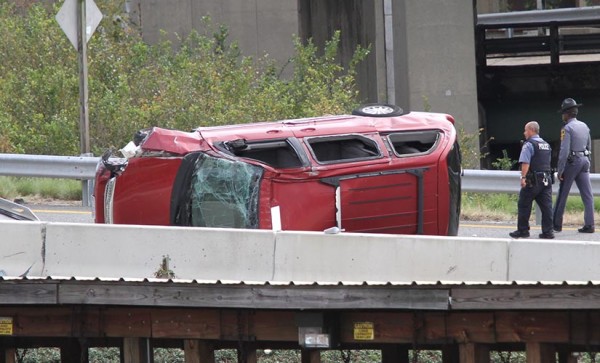 (Update at 2:40 p.m.) A vehicle flipped on its side on westbound Washington Boulevard this afternoon.

The accident occurred just past noon between I-395 and Columbia Pike, near the scene of a wreck that happened last week. A red vehicle — a Ford minivan or SUV with D.C. tags — somehow flipped on its side on a downhill stretch of Washington Boulevard near the VDOT maintenance yard. Temporary jersey barriers were in place near where the accident took place, apparently for the Washington Blvd/Columbia Pike bridge project.

One occupant suffered a shoulder injury as a result of the single-vehicle accident, according to scanner traffic. A tractor trailer was stopped near the wreck, but had no apparent damage.

The stretch of Washington Boulevard was closed for about an hour but reopened around 1:15 p.m. 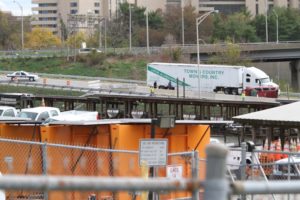 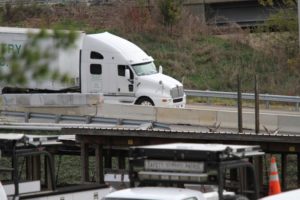