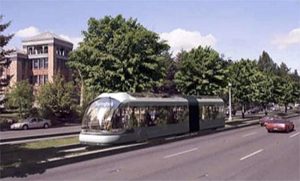 Peter’s Take is a weekly opinion column published on Tuesdays. The views and opinions expressed in this column are those of the author and do not necessarily reflect the views of ARLnow.com.

I am an AST supporter. You can check AST out here. I urge you to sign up if you support AST’s mission.

AST’s mission is to convince the Arlington County Board to do something it has not yet done:

Several streetcar supporters posted comments to last week’s ARLnow story saying the streetcar has been studied for years, and it’s time to move on. However, the vital studies AST recommends have never been performed. Because these studies have never been performed and shared with the community, the “Arlington Way” has not been followed appropriately. Moreover, the CP streetcar’s price tag has soared during these years, as ARLnow has documented .

Every one of the above statements is incorrect. To learn why, check out the Get the Facts, Resources, and FAQ sections of the AST website.

BOTTOM LINE: if you think that all or some of the above statements are correct, while AST does not, that’s one more reason why the Arlington County Board needs to hire independent experts to study and report back on all these issues, and share their conclusions with the Arlington community.

Peter Rousselot is a member of the Central Committee of the Democratic Party of Virginia and former chair of the Arlington County Democratic Committee.