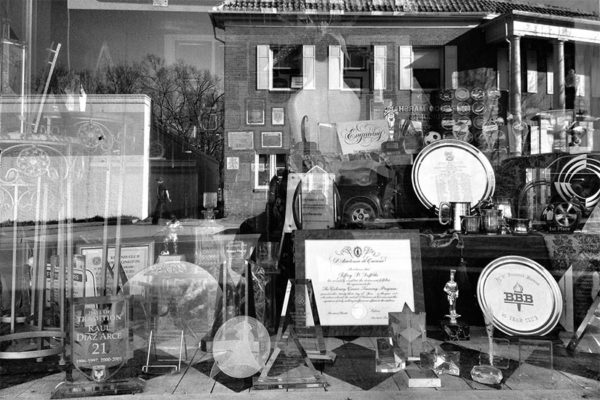 Kaine Meeting With Defense Contractors in Arlington — Sen. Tim Kaine (D-Va.) will be in Arlington today meeting with Northern Virginia defense contractors. Kaine will be holding a roundtable discussion at Courthouse-based contractor Dynamis at 3:00 p.m. “The event today in Arlington will discuss the upcoming sequester cuts that are reported to threaten 1 to 1.4 million jobs with a disproportionate effect in Northern Virginia,” a Kaine spokeswoman told ARLnow.com.

Arlington Tax Surcharge Advances — A bill to restore Arlington’s 0.25 percent hotel tax surcharge is closer to passing in the Virginia General Assembly. The bill has passed the state Senate and last week passed the House of Delegates Committee on Finance, albeit with a three year sunset provision. The Arlington Chamber of Commerce supports the tax surcharge, which helps to fund county tourism promotion efforts. [Sun Gazette]

PBS Doc Films at Glebe, H-B Woodlawn — An upcoming PBS documentary called “The Path to Violence” filmed at two Arlington Public Schools on Sunday. The production filmed at Glebe Elementary School and at H-B Woodlawn, according to an email from Arlington County. The Path to Violence, which is expected to air the week of Feb. 18, will tackle the topics of school safety and school violence.

Corps of Engineers to Review Tree Concerns — The Army Corps of Engineers says it will revise its Environmental Assessment of Arlington National Cemetery’s planned expansion in response to concerns from residents about the loss of old-growth trees. [Arlington Mercury]