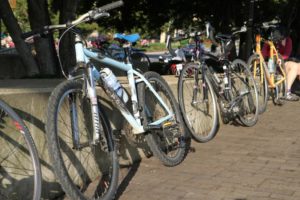 Security-related changes at Joint Base Myer-Henderson Hall that went into effect this past weekend may impact those who ride their bike through the installation.

Now, only Department of Defense ID card holders will be able to access the gate through 11:00 p.m.

Currently, only two gates are open 24/7 to visitors and DoD personnel: the Henderson Hall Main Gate at the intersection of S. Orme Street and Southgate Road, and the Hatfield Gate, at Washington Blvd and 2nd Street S.

The changes are expected to impact bike commuters, who sometimes commute through Wright Gate and JBMHH as a safer, less traffic-filled way to get home at night.

JBMHH personnel say the changes were necessitated by a money-saving congressional mandate, which required the base to use military police or federal civilian security guards at installation gates. Previously, the gates were patrolled by private security guards.

“This action has resulted in fewer personnel to man the gates,” said JBMHH spokeswoman Leah Rubalcaba.