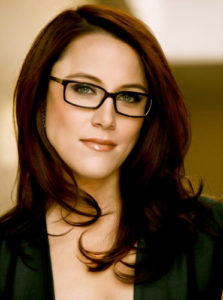 Is Arlington the “Hoboken of Washington?”

That’s what conservative commentator S.E. Cupp said of her current home, during a party to celebrate the relaunch of CNN’s Crossfire earlier this week.

Cupp, who is one of the four co-hosts on the show, told the packed party crowd that, when she recently moved to Arlington from New York City, she didn’t realize she was moving to the “Hoboken of Washington.”

Hoboken, N.J. is a city of 50,000 situated on the Hudson River across from Manhattan. The city is noted for its upscale shops and condominiums, and bills itself as “America’s most walkable city” and a “bicycle friendly community.” The city’s website prominently features a flyer for the Hoboken Arts & Music Festival and a public service announcement about cleaning up pet waste.

Do you agree with Cupp’s analogy?