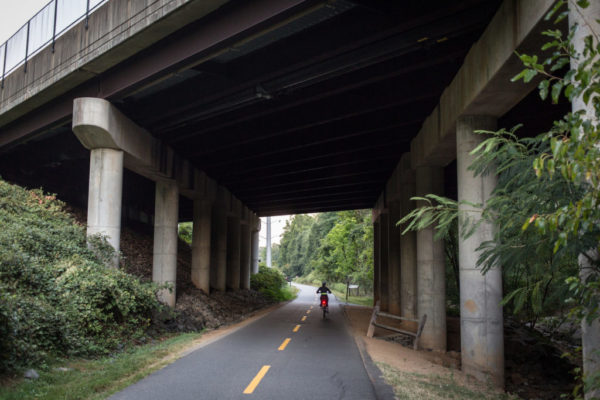 New Wakefield Aquatics Center Debuts — A ribbon cutting ceremony was held for the new aquatics center at Wakefield High School on Sunday. The center is expected to draw a larger crowd than the aging, existing Wakefield aquatics facility it replaces. The cost of entry is up to $5.50 per day for Arlington residents. [Sun Gazette]

Ft. Myer Heights Playground Opening Imminent — A new playground in Ft. Myer Heights, with slides made to look like hollowed-out logs, is set to open as soon as Wednesday. The playground also features a sand pit and picnic benches. [Ode Street Tribune]

New Poll Shows McAuliffe With Lead in Gov. Race — Democrat Terry McAuliffe is leading Republican Ken Cuccinelli 47-39 among likely votes in the Virginia governor’s race, according to a new Washington Post poll. Cuccinelli had a 10 point lead in a poll conducted this spring. [Washington Post]